For over a decade, China has had a standing agreement to allow the European Space Agency to monitor, and report on one of China's largest fresh water lakes; Poyang Lake.

Poyang, located in the Jiangxi Province,  is only one of the many projects of the collaboration of the Chinese-European Dragon Program. May 2014, marks its ten-year anniversary.


"-The Poyang lake in southern China’s Jiangxi province, is one of the largest freshwater lakes in the country.
- This lake is an important habitat for migrating Siberian cranes – many of which spend the winter there. The basin is also one of China's most important rice-producing regions, although local inhabitants must contend with massive seasonal changes in water level.
In addition to seasonal changes, a team of scientists working under ESA’s Dragon programme have identified an overall decrease in water level in the lake over the last decade." Important Data for the Poyang Submersion! Posted by Lori Latimer at 6:50 PM No comments:

Cleanup Grant
$200,000 for hazardous substances
EPA has selected the Cheyenne River Sioux Tribe for a brownfields cleanup grant. Hazardous substances grant funds will be used to clean up the Old Swiftbird Day School site located north of Highway 212 and west of Junction BIA-7 in the Swiftbird Community of the Cheyenne River Reservation. The site was used as a primary school from 1960 until 1997, as storage and a gift shop from 1997 until 2008, and has been boarded up and abandoned since 2008. The site is contaminated with organic and inorganic materials and PCBs. Grant funds also will be used to support cleanup planning and community involvement activities (USA EPA Brownfields Grant Fact Sheet.)

Posted by Lori Latimer at 6:27 PM No comments:

Dying sea,  is an alert sent, and shared with the world.


Many of us environmental activists have been aware of the degradation of our once lush, and beautiful planet for decades. GreenPeace International has warned us of the eminent dangers of Ocean Acidification, and the losses of habitat for aquatic life. We have worked hard to get the word out that our own well-being is based on the health of our only habitat; Planet Earth.


Those who care about Earth and all of her inhabitants have withered a bit more inside each time a species is lost, or becomes endangered.


This is another sign of our mismanagement of our Natural Resources world wide. 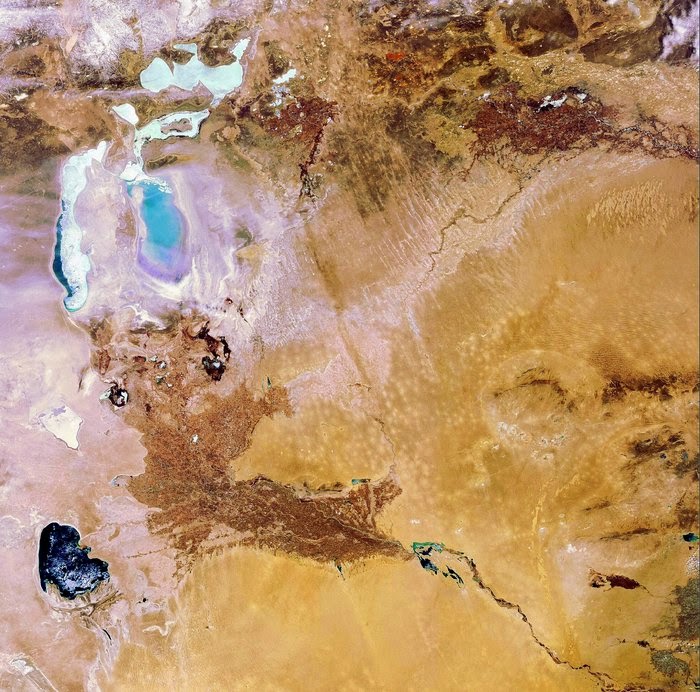 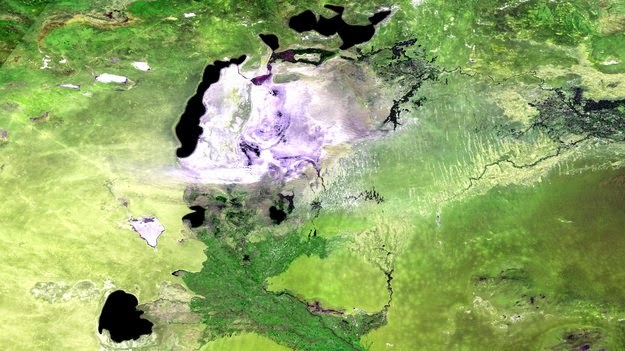 For some this may not mean much, but water is life, and honestly the way we are treating our planet seems like a suicide mission. Please earthlings, let us work together to make sweeping changes in the way we deal with our Earth. I Declare World Peace.

More about The Aral Sea:
"The Shrinking of the Aral Sea" - One of the planet's worst environmental disasters - YouTube


Posted by Lori Latimer at 8:36 AM No comments:

Greenland Is A Model For Ocean Waters Rising

Due to rapid ice loss occurring in Greenland, as well as other glacial formations that are losing mass, the danger that will be posed by that melting, includes an increase in the level of the ocean.

There is a mixed blessing in the glacial departure. One of the benefits is that it is easier for scientists to "see" what was deposited below the only surface we have known in modern times. Because of the ability to get visuals of these now warmer lands, more information can be gathered, and theories can be formed as to how our past and futures meet.

The bad news about the declining glaciers, is that land mass, or habitat is being lost to mammals and other aquatic life that once thrived and survived in places like Greenland, and Alaska. The loss of land, means the loss of species, and one of those species could well be humans.

There is a YouTube Video of the Bed topography (the arrangement of the natural and artificial physical features of an area."), of West Greenland in the above announcement from NASA News. It shows the geographic and scientific evidence being harvested about how the land lays in Greenland.

To learn more here are some links that you can go to for further information:

For more information about NASA's Earth science activities in 2014 (link)

Posted by Lori Latimer at 4:44 PM No comments:

The US EPA website is user friendly, with a lot of instructions on how to use the environmental tools created for industries and the public. Included within the notification is an awesome video on how to use the EnviroAtlas.

For those who are concerned about our planet, and who would enjoy the knowledge of what has to be faced this is a comprehensive tool for industry and individuals alike.

Way to go EPA, thank you for working hard to protect our planet.

Posted by Lori Latimer at 11:30 AM No comments: The photographs taken from the Hubble Telescope show the horrendous damage done in Mayflower, AR last week. Unless I am only imagining it, the oil spill from a ruptured and aging pipeline has not been cleaned up, but has created a tar pit.


Have any of you ever heard of the La Brea Tar Pits in California, North America?


How about Mesalands Dinosaur Museum in Tucumcari, New Mexico, North America? Anyone.

As a Geology / Environmental Geology student I can agree that the question of what came first; the asteroid, or two-leggeds destroying the environment, we have proof that in just under fifty years, during this Era, we have nearly decimated our eco-system.

We will be those bones and shards someday regardless if we make sweeping and bold changes, but at least it can be due to an asteroid and not the unbridled greed of the industrial ruling class.

Posted by Lori Latimer at 8:01 PM No comments: